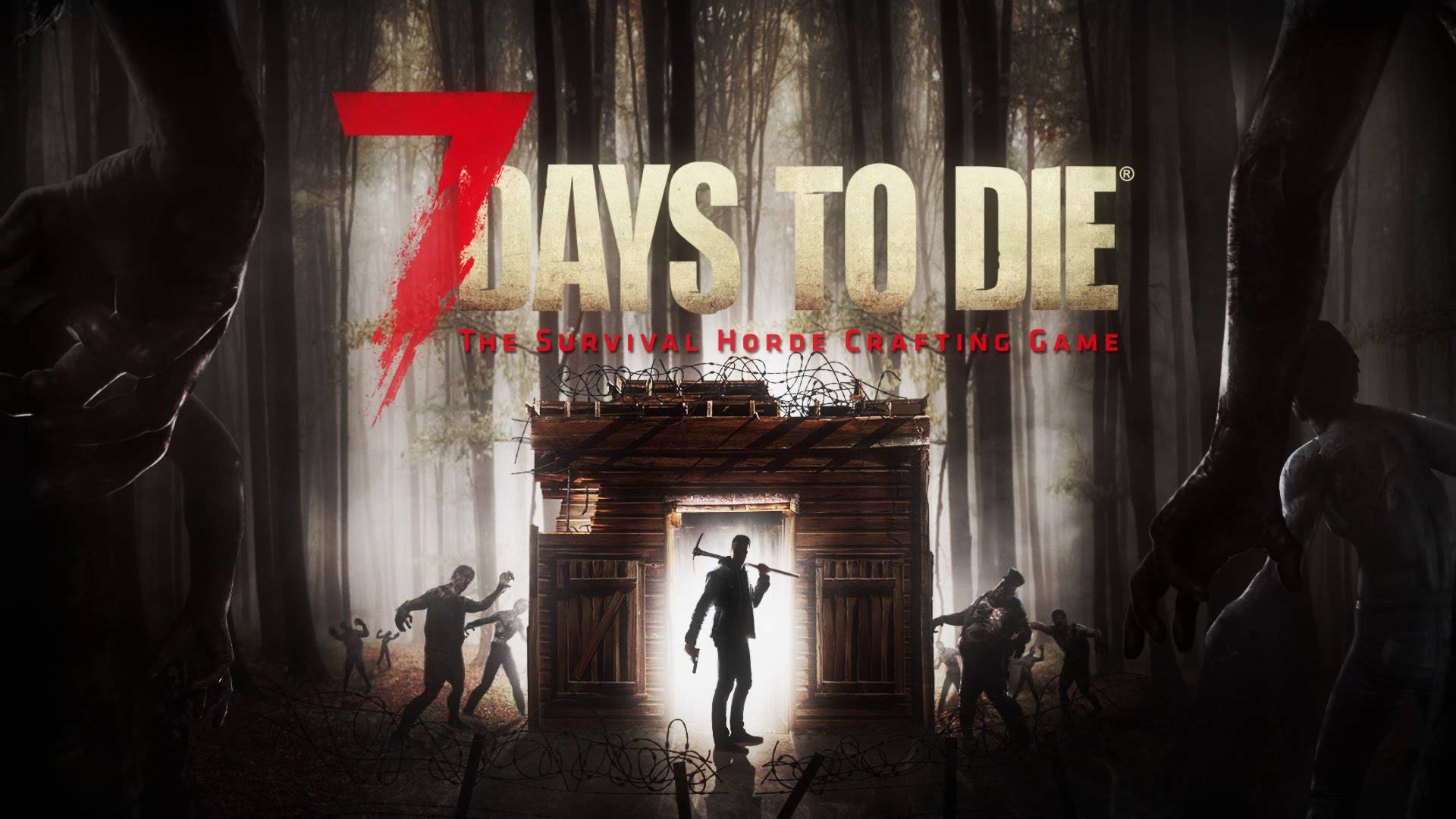 7 Days to Die game is a network zombie shooter that offers several interesting game modes.  The project is characterized by a completely destroyed environment and the ability to build defensive structures. That is, the game includes an unusual combination of genres Survival, RPG, Tower Defense and FPS.

All events in the game unfold in the post-apocalyptic world of 2034 after a nuclear disaster. After the fall of numerous bombs on our planet began to spread an unusual disease that turned people into walking zombies.Developers offer in the game several interesting modes, among which there is a death match and survival mode.  In addition, here you can use a lot of different kinds of weapons, which makes the gameplay more interesting. Of the shortcomings of the game can be noted except for the mediocre graphics.

In 7 Days to Die zombies have quite good intelligence, allowing, for example, to climb into houses through the attic window. Therefore, organizing the defense in your home, you should consider all possible loopholes. In order to make the gameplay more interesting and bright, the developers have designed several types of zombies. The strongest and most dangerous among them can be considered exploding dead and zombie spiders. In addition, the project has quite large bosses, for the destruction of which you will need to collect and equip a whole crowd of players. To create even more diversity, the creators of the project have provided a special mode, which allows players to create whole worlds, inviting other gamers to them.

7 Days to Die leaves a double feeling on the first acquaintance. Everything seems to be fine, but not at the same time.You start to look at textures, look at animations and get upset.  But later everything falls into place. When you start to really play 7 Days to Die, there’s no more looking at the textures.

The game is based on the popular setting – survival in the post-apocalypse. And to survive here is really necessary. Gathering resources or looking for something useful will take most of the day, and at night you can collect new weapons, fix broken objects or build a shelter. The character will often want to eat and drink, and it is not so easy to get normal food. You will either have to run after a hare or hunt a deer. But even if you kill him, it will be a problem to refresh the carcass and take the meat. The problem is the zombie.

Zombies are everywhere here and can be everywhere. Online game 7 Days to Die offers surprises at every turn. Not only that the zombies just walk through the woods and at the sight of you will constantly try to bite a piece, so the game will be home to create negative events and put the player cancer. It is necessary for you to be grabbed at extraction of resources and to you the flock of dogs or a wandering horde necessarily will come to you.

Game developers are trying to create a convenient system of Kraft and pumping, periodically sawing something off or changing, but the essence always remains. There are common things, and there are good things that can be either found or made. However, the review of 7 Days to Die showed that to create good things will require a pumped skill, and it grows only with the use of appropriate skills or the injection of free pumping points.

It is worth noting that objects of different quality are very different in their characteristics, and creating things is not a waste of time. If everything is clear with the objects, the construction here is little dependent on pumping, rather on luck. Quality blocks just need a lot of resources and some perks, which can be obtained only from special books and from a certain level. If you like shooters, you can also look at the game Call Of Duty Black Ops.